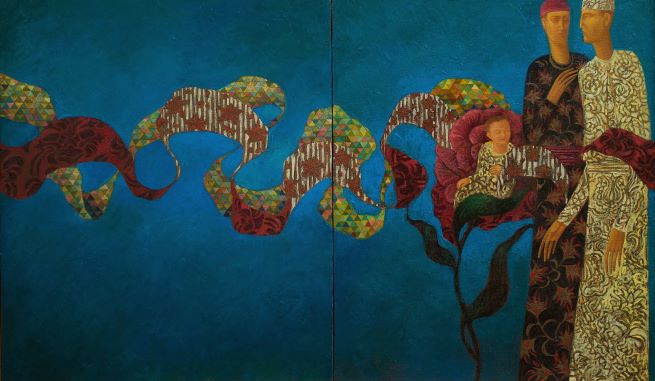 Strangely touching… written with great elegance and authority. It tackles “head on” some of the most challenging issues for the Roman Catholic Church around gender and sexuality.

What happens when everything you know is thrown into doubt…and you’re the Pope?

A thrilling gender-busting story featuring the first recently elected Irish Pope, Patrick, a gentle humanitarian unaware of the subversive forces in the Vatican plotting against him.

A tale told ‘so humanely, so movingly and with such authorial depth and deftness that the reader would have to be a saint not to read it through in one enormous sitting … Hamand has an acutely tuned ear for the innermost needs and yearnings of the human heart in the face of societal and institutional incomprehension, and Virgin and Child hovers exquisitely in terms of plot and style between the writings of Antony Burgess and Michael Arditti.’

Read an early review from Barry Forshaw in Crime Time

Virgin & Child cleverly merges crime with Catholicism and piety with a dangerous love. The novel is wonderfully original and absorbing, from the halls of the Vatican to its explosive conclusion.

As a novelist, the writer Maggie Hamand is virtually unclassifiable. Tearing genre tropes apart and reassembling them in inventive new formats is par for the course for her, and that’s very much the case with this novel which the press release accurately describes as a ‘genre-busting, gender-bending Vatican thriller’.