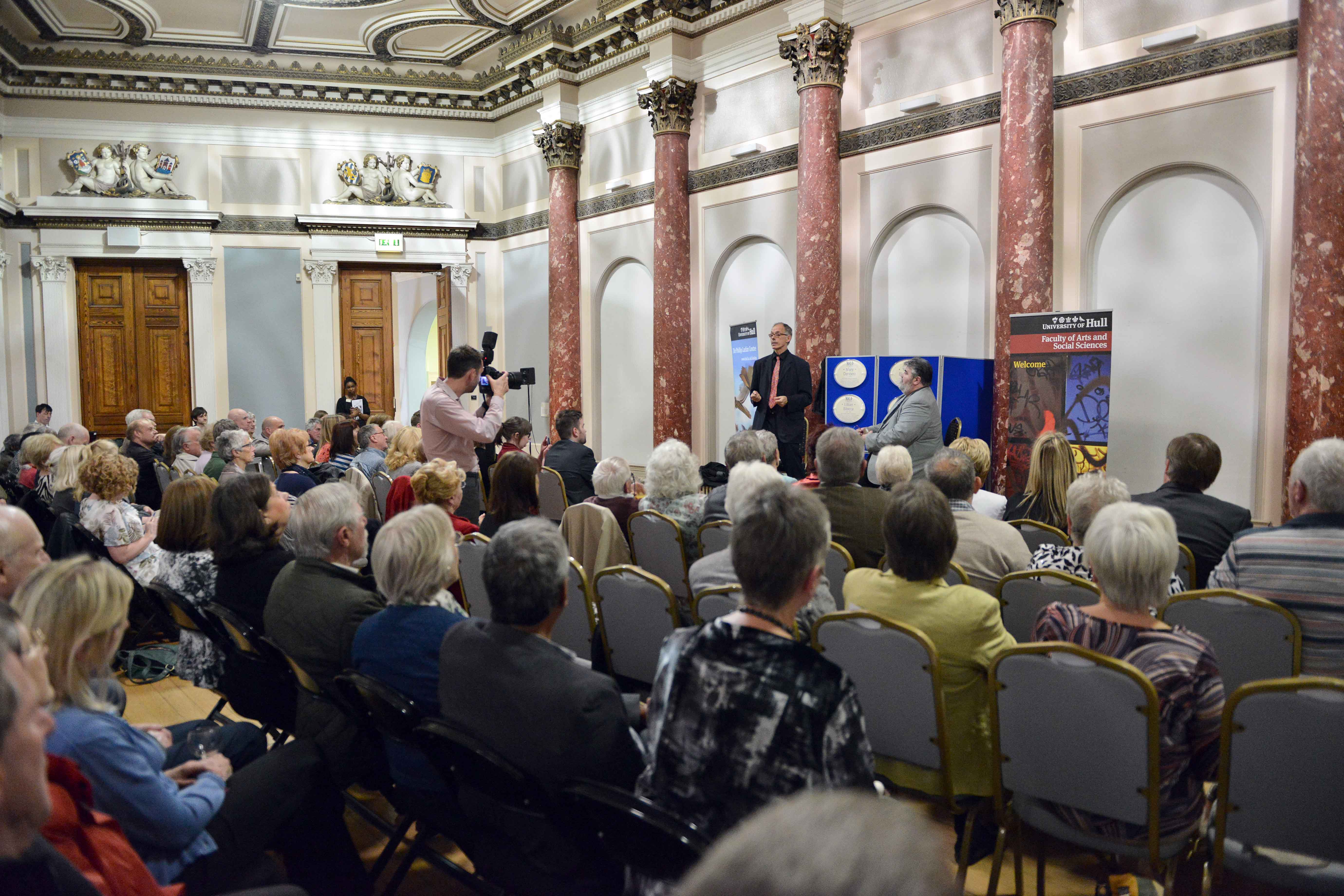 May 26th 2015 would have been Lillian Bilocca’s 86th Birthday. Author Brian Lavery made it quite a party for his book The Headscarf Revolutionaries featuring this battling Hull campaigner, a Philip Larkin Centre event hosted by the Hull Maritime Museum. Brian read a passage about the sinking of the Ross Cleveland which moved some to tears. This book is the story of many of those who were in the room, and whose lives were turned inside out by the sinking of three of Hull’s trawling fleet in that bitter winter of 1968. The book launch took on a festive flair. Hull’s Lord Mayor performed the last official act of her year in office, and unveiled plaques to the four ‘headscarf revolutionaries.’ Two of those ladies from that revolutionary year of ’68, Mary Denness and Yvonne Blenkinsop, joined the audience, and spoke alongside Lillian’s children Virginia and Ernie. It was quite remarkable, ‘characters’ from Brian’s debut book blessing its launch. Mary praised the book’s authenticity.

We’ll post an audio link to the event here in due course.